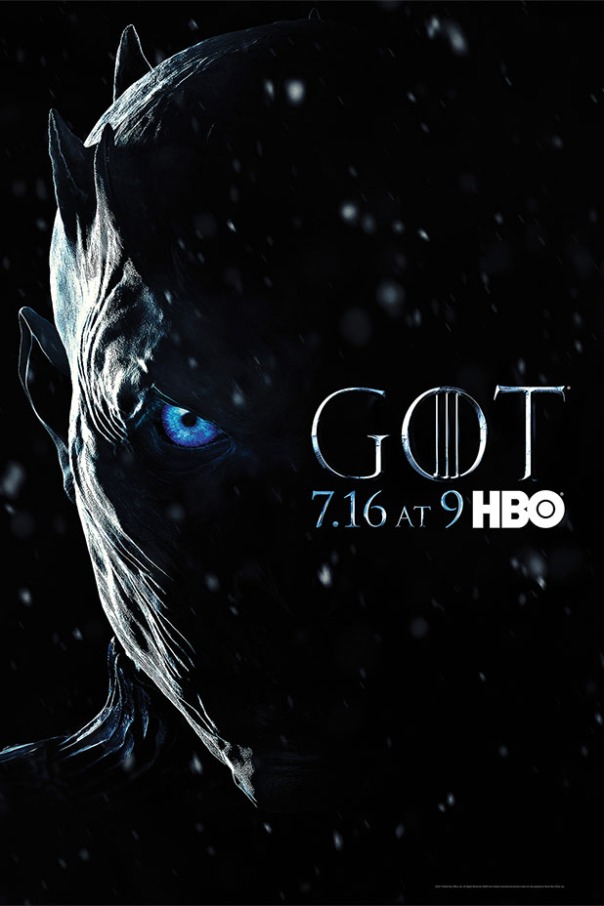 Note: this aims to be a spoiler-free episode review…

Episode 2, “Stormborn”, was exciting stuff! A lot happened. Daenerys showed yet more of the steeliness she flashed in episodes 7.1 and 6.10. She even presumptuously demands that someone else “bend the knee”. Theon, known to his close friends as “Reek”, gets an opportunity to showcase his newfound confidence and courage. Happily, the show gets back to basics: by bringing us some hawt seks. Well, naked bods, boobies and all, and a bit of heavy petting. And we witness everyone’s favourite (read: nobody’s favourite) Samwise Gamgee rip-off, err, Sam, perform a rather disturbing Cronenbergesque operation. There’s also a shocking bit of carnage to finish the episode. In short, everything Game of Thrones fans love and crave.

Also notable was just how slow pre-broadband Westerosi communications technology was. We see different people get news about various developments at vastly different times. It’s something we don’t think about, but was a key factor back then… in the Middle Ages(??)

On the downside, the funny-cum-disgusting camerawork shtick from Episode 7.1, which saw canteen food and sloppy chamber pots quickly intercut, was repeated in a different context in this episode. I hope this isn’t the start of meta, distracting, drawing-attention-to-itself direction. You can have too much of a good thing.

Hmm, how to do a Game of Thrones episode review with no spoilers? Well, here we go.

Season 7 of the visual crack that is Game of Thrones kicked off yesterday. Unlike the last six seasons which had ten episodes apiece, this time we’ll get seven. But we’re promised they will be more epic than ever. I’m not disappointed, but actually really respect this decision: none of the old, ‘Well, we have to fill ten episodes, so let’s just stretch it all out a bit’. David Benioff and D. B. Weiss are clearly all about quality over quantity.

As for last night’s episode, it was no “Red Wedding”, but it was no “Lord Snow” either: it was solid, entertaining, and oh so tense. And it began with a truly arresting scene which was horrifying, brilliant, and delightful all at once. Let’s just say that revenge is a dish best served cold.

As for the rest of the episode, nothing much happened. But at the same time, a lot happened. Pieces got moved around the board, and the episode felt very much like the calm before the storm. Shit is about to go down, big time, and we were left in no doubt that this was the last moments before it all kicks off.

On a weird side-note, one man band Ed Sheeran made a jarring cameo as a, erm, musician. And who was that beside him but Thomas “This Is England” Turngoose. I don’t know which was more distracting! Sheeran’s performance itself was actually alright and non-intrusive. But because the Twitterverse melted down beforehand, my attention was drawn to him: I couldn’t help but get tunnel vision and keep repeating in my own head “OMG! That’s ED SHEERAN!!!”. If no one had gone on about it beforehand, I probably wouldn’t have noticed it was him at all. Strangely, though, Sheeran got upset by the reactions to his cameo and has quit Twitter. I find it weird that a ridiculously talented, rich, adored singer would, at this stage, have such thin skin. But no worries: if you’re reading this, Ed, for I know you surely are, then chin up — you were no David “King Arthur” Beckham. 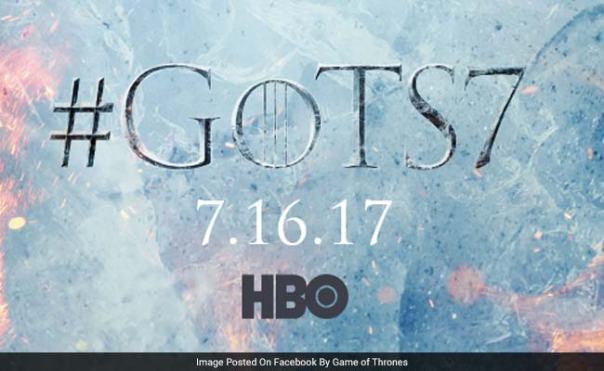 As everyone knows, probably even out-of-touch politicians who need to watch The Zeitgeist Tapes, the show that made swords and sorcery mainstream and thereby robbed nerds of our one defining in-group characteristic, Game of Thrones, is back! Season seven kicks off this Sunday.

What can I say about GoT that hasn’t already been said? Not a lot, really, as  much has been made of how close to televisual crack it is. I cannot wait, and I’m starting to get the “spoiler sweats”; y’know, the terror that someone will tell me what happens before I get home and watch the latest episode myself. Indeed, GoT has got a little bit stressful the past couple of years; instead of catching up when I can (*damn life commitments!), as I used to, I feel like I have to drop everything and watch each episode ASAP lest it be ruined… which itself ruins it a tad.

Even though I loooooooooooooove the show, I’m not as addicted as I was before; I didn’t suffer this past twelve months with no GoT as I have in the past. I also do not see how the ending can possibly top the series itself; I feel like even the best series ender of all time wouldn’t top what has come. Also, I can’t see how they can please everybody when the series winds up with season 8. Why? Because some people want to see a “happy ending”, with Jon and Daenerys getting hitched, crushing the forces of darkness, and ushering in a Summer that never ends. Others, and this includes me, feel that this would be an unsatisfactory ending and totally not in keeping with the rest of the show. I feel that only an end of pure depressiveness would be in keeping with the overall show; perhaps the “good” guys do win, but in their turn get corrupted, perhaps with Daenerys becoming every bit as despotic as her forebears. There is also another risk posed to the finale we all hope for, and it’s what I call the “Pirates of the Carribean Effect”. This is where, in an attempt to become “EPIC!”, films and TV shows get so overbloated, so full of whizz-bangs, that they drown in a sea of their own CGI and pompous self-importance.

Well, whatever the future holds for GoT in seasons seven and eight, I would love to see some spin offs. Indeed, I almost can’t see this not happening. So many tales to delve into.